Riwaka, yet another cyclone hits NZ 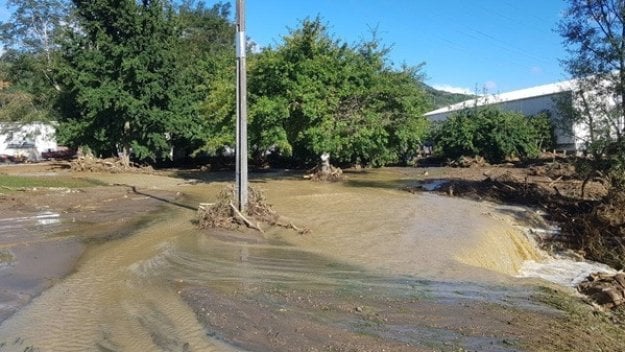 Cyclone Gita threw down a phenomenal amount of water in such a very short time. Official records show rainfall around the top of the South Island at 200 mm in 24 hours with Riwaka locals recording over 200mm in just 3 hours.

The Riwaka valley got hammered with many orchards covered in thick silt, mud and debris from the hills above. Several kiwifruit and apple packhouses were flooded with up to ½ metre of water through their facilities. Timing of this storm could not have been worse with pickers set to head to the orchards and packhouses about to fire up for the new apple season. One small mercy, there were plenty of orchard workers available to clean up the mess.

Jenkins Freshpac Technicians were quick to get into each packhouse just as soon as we could cross the flooded streams. All our labelling equipment was either replaced or fully serviced quickly and packhouses were able to start as soon as they were clean. Storms come and go and for most of us we quickly forget their impact and get on with our lives, but for many orchardists in the Riwaka valley it will take years to get back what they lost on 20th February.

Tom has always had an affinity for New Zealand’s primary industries and a passion for business, and is charged with delivering the Sinclair fruit labelling program at Jenkins.